This laboratory is the only one in the world
that conducts tsunami research
based on an engineering approach.

Developing countermeasures against tsunami disaster is one of the significant issues for coastal communities, which has been realized to be more important especially after the 2004 Indian ocean tsunami. The Tsunami Engineering Laboratory in DCRC, Tohoku University is the only one laboratory that studies tsunami disasters based on engineering approach. In order to reduce the casualties and damages by the tsunami disasters, our research focuses on 1) generation mechanisms of tsunami and its impact on coastal environment and communities, 2) numerical modeling technique of tsunami and its transfer, 3) tsunami warning nd evacuation systems, 4) education program for disaster prevention activities in local community, 5) visualization of tsunami disaster by using computer graphics, and 6) analysis of historical tsunami events and its recurrence intervals. 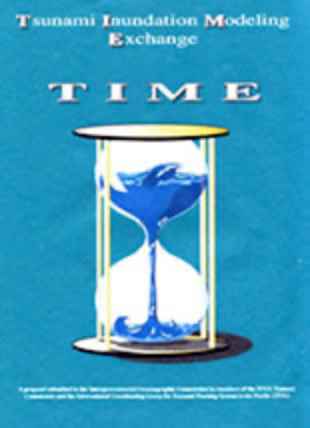 Especially, TIME (Tsunami Inundation Modeling Exchange) project is representative of our efforts, which transfers numerical modeling technique to at-risk countries and communities, such as tsunami damaged countries by the 2004 Indian Ocean Tsunami disaster, to support the reconstruction and tsunami disaster prevention activities.

The major missions of our laboratory are...

Elucidation of the mechanism of tsunami generation and damage, and disaster prevention and mitigation

The main causes of tsunamis are earthquakes. Other causes include landslides, volcanic eruptions, atmospheric pressure changes, and meteorite falls. In an ordinary earthquake tsunami (seismic tsunami), the vertical component of ground deformation (uplift and subsidence) on the seafloor caused by fault movement affects the seawater above it, thus resulting in a “living copy” of the tsunami. The latter appears on the sea surface and is transmitted in the form of water waves. Effectively, the larger the earthquake size is (scale), the greater the momentum of the fault is, and the higher the intensity of the tsunami will be. The propagation speed of a tsunami depends on the depth of the water: the deeper the water is, the faster the propagation speed is. Moreover, the shallower the water is, the slower the propagation speed will be, but the wave height will be higher. We have developed a numerical model of the tsunami generation process to elucidate the mechanism of past tsunamis and to predict future possible tsunamis. In addition, we are conducting research on tsunami phenomena, damage, and response from various perspectives based on cross-disciplinary integration of the arts and sciences.

The figure on the left is a computer simulation of the giant tsunami generated by the 2011 Tohoku Earthquake (M9.0), which we analyzed. The huge tsunami reached the Sanriku region approximately 30 min after the earthquake, and its height was amplified owing to the ria coast type. The figure on the right is based on joint research with other universities in Japan. In addition to the tsunami model, a sediment transport and drift models are integrated into the computer simulation to reproduce the tsunami inundation situation in Kesennuma City. The tsunami arrived at Sendai Bay in the Miyagi Prefecture, which is located south of the Sanriku region, approximately 60 min after the earthquake. The propagation of the tsunami was slower in Sendai Bay, wherein the water was shallower. When it reached the Sendai Plain, the height of the tsunami was not amplified as much as on the ria coast, but flooding reached far inland. This numerical analysis is also used for multiple protection measures and evacuation plans related to reconstruction.

The 2011 Tohoku Earthquake Tsunami caused tremendous damage. In past studies, damage data have revealed the characteristics of tsunami as an external force, and the characteristics of the incurred human and physical damages. For example, analysis of the relationship between casualty information and cause of death revealed the relationship between the cause of death and tsunami’s external force or other factors. The following figure shows the reclassification of cause of death by casualty information. In addition, through field surveys and analysis of satellite images, we quantitatively evaluated a wide range of damage characteristics, such as tsunami’s external force and buildings, fishing boats, aquaculture rafts, and eelgrass beds. Furthermore, we have introduced a sediment transport model to conduct environmental assessments, and evaluate past tsunamis recorded in historical data.

Regarding nonseismic tsunamis, we are also studying the generation mechanism and damage characteristics of the Sulawesi tsunami (lateral displacement earthquake + landslide) which occurred in Indonesia in September 2018 and the Sunda Strait tsunami (mountain collapse caused by volcanic eruption) which occurred in December 2018. The following is a computer simulation of the 2018 Sunda Strait tsunami. The figure on the right is a damage function showing the relationship between the maximum inundation depth and the damage probability of the 2004 Indian Ocean tsunami (green = Banda Aceh, black = Thailand), 2018 Sulawesi tsunami (blue), and the 2018 Sunda Strait tsunami (red) for our proposed building. In addition, the recent (January 15, 2022) volcanic eruption in Tonga generated a tsunami that spread not only to the surrounding area but also far away to Japan, to the west coast of the United States, Caribbean Sea, and the Mediterranean Sea. This tsunami is thought to have been triggered by a shock wave called aerial vibration. The mechanism of this shock wave must be studied in the future.

To clarify the actual evacuation behaviors and the factors that influence them, we conducted in-depth interviews and large-scale questionnaire surveys in the affected areas. These survey studies elucidate the evacuation behavior process of residents and communities. The results are used as critical information to determine the details of tsunami evacuation plans by local governments (e.g., tsunami evacuation plan of Watari Town, Miyagi Prefecture), and are used in exhibitions to communicate facts and the lessons learnt (e.g., Kesennuma City Great East Japan Earthquake Remnants and Heritage Museum, Miyagi Great East Japan Earthquake Tsunami Heritage Museum). To contribute to the creation of a society that can overcome disasters, we conducted studies and exercises on the theme of “disaster prevention education and disaster folklore” in cooperation with local governments, schools, and NPOs, so that the experiences and lessons learnt from the Great East Japan Earthquake and various other disasters can be extensively shared with society.